A Digital Guide to Unanswered Questions about Czechia 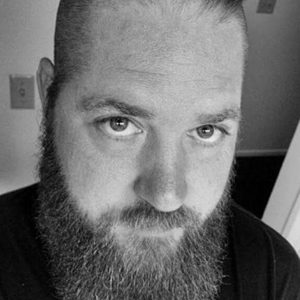 I feel like we have to have this conversation a lot, you and I: should you come to Prague to study and get your TEFL certificate. I have to be honest, I feel like the point has already been made. Those of us that chose to come to Prague and study for LiveTEFL have tried to lay out the reasons why, but there are a few nagging questions that perhaps only experience can answer. Luckily, there is a new game by Warhorse Studios in the Czech Republic called Kingdom Come: Deliverance (KC:D) that may be able to do just that. Now to be fair, I’m a gamer, and I understand that you may not be, but trust me — this is gonna get good. As a newly minted teacher from LiveTEFL I quickly found myself teaching in environments that have been incredible, to say the least. I was actually told about the game by one of my students working in one such place.

Let me set this up for you — the game takes place in the Bohemian region in the year 1403, and the game is accurate in as many details as possible. For those of you that are trying to make a decision about whether or not you will come to the Czech Republic in KC:D, you will be able to explore over 15 kilometres of actual Czech landscape. The game also provides hours of gameplay that will teach you the history in the time of good King Wenceslas. Czech history is a necessary interest and an unavoidable one; the Czechs have a wonderfully rich past, and many local holidays and celebrations recognize these important moments. 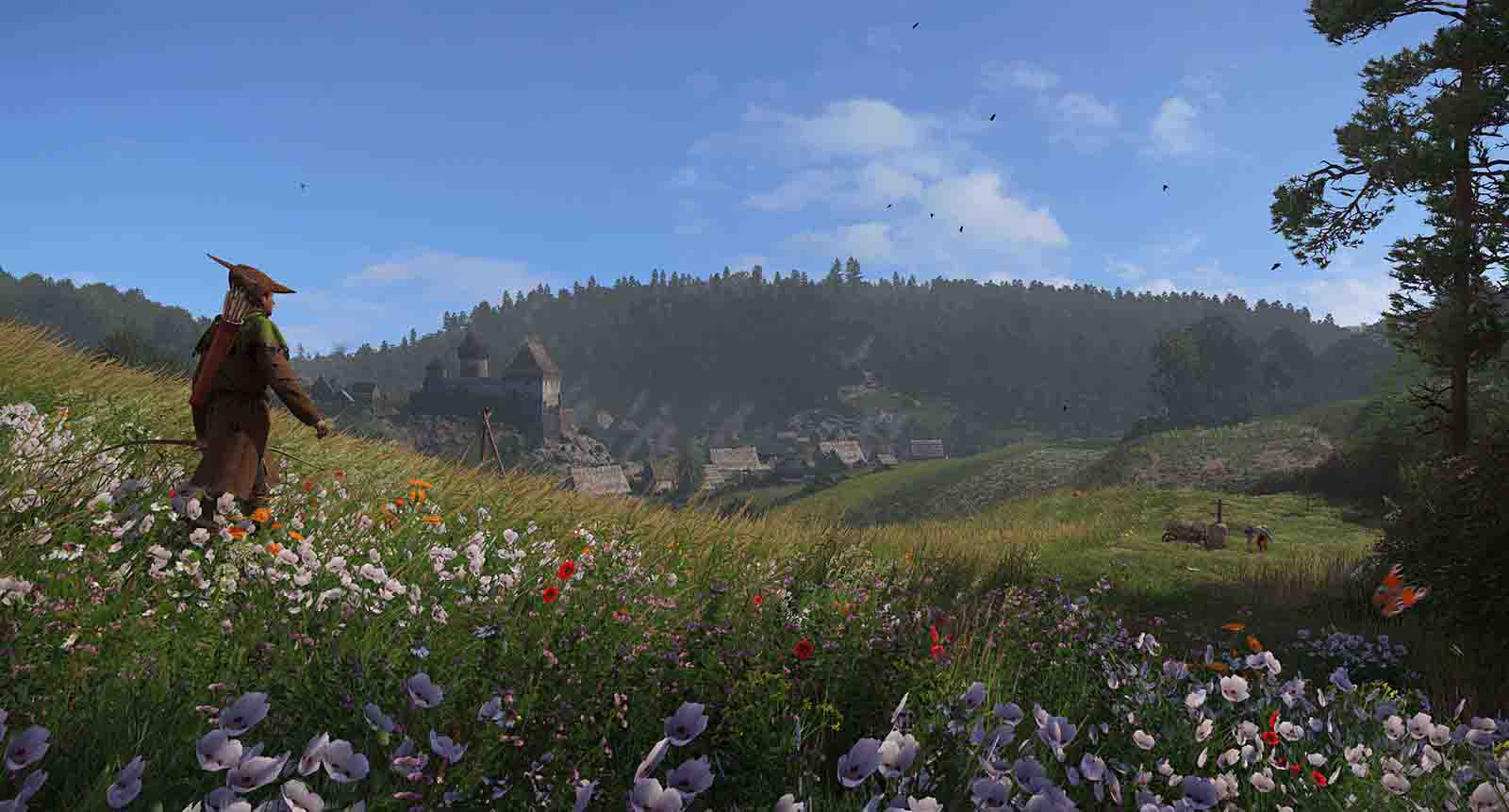 The studio even got a Google satellite map to make sure that the terrain was exactly like it should be in this particular area of the Czech Republic. It takes place in a small village called Úžice, north of Prague. The creators of the game photographed the area and then painstakingly recreated the authentic medieval look — including many Gothic elements — and a lot of other interesting details that you wouldn’t otherwise find. As a historian myself, I particularly appreciate the fact that they consulted with a local historian to get an authentic 15th-century aesthetic. They even went as far as to pull out medieval blueprints to ensure that the looks of the buildings were exact. I don’t want to gush about the game too much because we are supposed to be talking about studying, aren’t we? Seriously though, the artists that made the textures for the game created textures for every possible building material necessary to build the church in the game. It’ set during the time of the Holy Roman Empire’s influence in the region, and there are six unique churches built within the game. Great Caesar’s ghost, they even animated horse manure!

Actually, I do want to keep nerd gushing over this game because they’ve even accurately created the lighting conditions for every hour in a 24-hour day. For those of you practicing your English, and hopefully Czech learners that want to play a Czech version, there are over 2,500 pages in the screenplay and 300,000 words of dialog written for the game itself (which include historically accurate battles). Of course, like with any good RPG, you can play as a good Czech citizen or a bad Czech citizen — the crime system insists that there are consequences for every action.

One of the most interesting things about the game is the music. A great deal of attention to detail was put into the making of the music for the game, all of it drawn from modern and medieval music from the region. Czech out this interesting video from Warhorse Studio, Bohemian Symphony. The music is adaptive to what you are doing in the game — the brilliant designers created an engine that allows the score to seamlessly blend as the conditions of the game change almost instantly. Another great thing about spending time in Prague while you’re taking your TEFL course is that you can hear the live orchestra that created the music in the game in the Rudolfinum.

The game’s release couldn’t come at a better time. While you attend the course at LiveTEFL, after a long hard day of studying, you can go to your flat and veg out in front of the laptop playing Kingdom Come: Deliverance, and then on the weekends, you can actually go to the countryside and walk around the game in real life. I suppose at the end of it all, I think that if you’re on the fence about coming to Czechia for your TEFL certificate, you should give this game a whirl and then give us a call. It might, after all, help to answer some of those unanswered questions. Heck, maybe ones you didn’t even think to ask. For example, what would the weather be like? Good question because sometimes people who are coming to the Czech Republic have concerns about the weather. My advice to these people is that they should play KD:C, and then they will be able to see exactly what the weather is like when they visit the Czech Republic. You can definitely frolic all day and all night in the game whilst you left your umbrella at home, though an even better move might be to grab the umbrella and go wander the Czech countryside yourself.

Until then, we hope you enjoy the game and that we see you in the classroom soon. 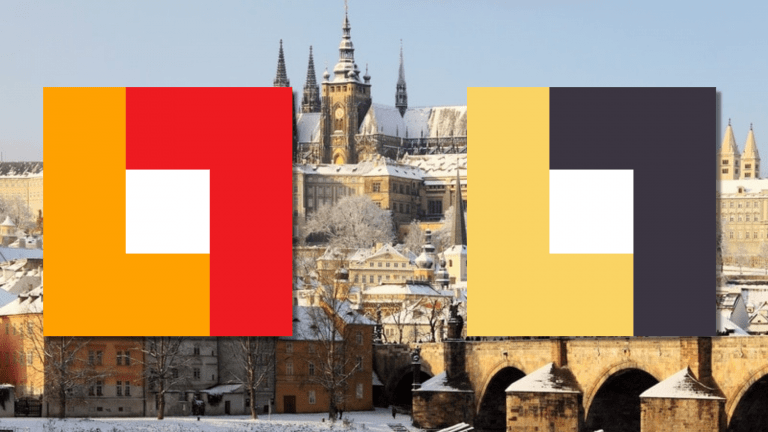 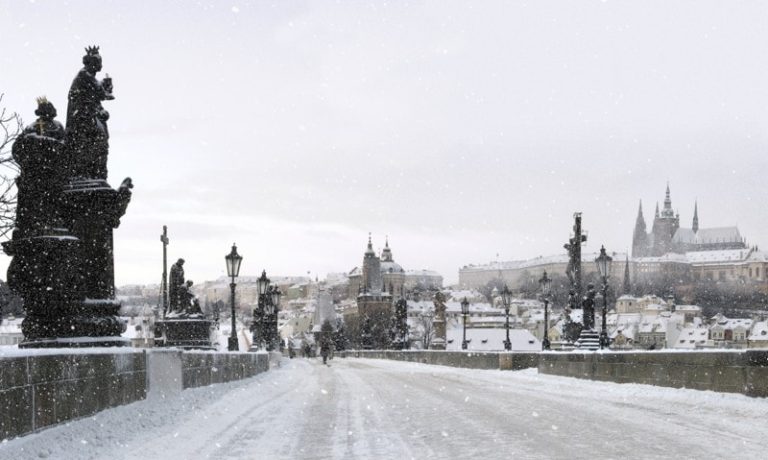